Better on a camel: Sue and Steve’s BOAC adventures

A colleague at work – Sue - was one of 100 female baby 'orphans' (a word used in the past) flown from Hong Kong to the UK in the 1960s and early 1970s, cradled apparently by airline staff. It was courtesy of the magnificent-sounding International Social Services UK Hong Kong Adoption Project.

Sue regularly meets up with others who had come over here at the same time, to start new lives with their adopted families. And the project, encouraged by the United Nations World Refugee Year 1959-1960, was backed up, not only by cuddling air crew, but by the airline that Sue and her friends travelled on: BOAC.

It seems that Sue and I have more in common than mere banter around the water cooler. We both flew across the world on BOAC - British Overseas Airways Corporation - and the precursor to British Airways.
An up-and-down-experience

These days Sue might be called a ‘child in care’. She was flown from Hong Kong to be adopted. And I was in ‘posh care’. When my sister and I were kids we went to boarding school. From 1971 to 1975 our parents lived in Singapore and we visited in the holidays. So, like Sue as a baby, I was suddenly, aged eight, flown across the world to a new life. But in the opposite direction to Sue. And before that first flight no one had told me what turbulence was and there I was, with my sister, bouncing around with me shouting: “We’re going to crash.” I still hate turbulence today.

BOAC was cruelly renamed by some ‘Better on a Camel’ and I've told Sue about my BOAC 'Junior Jet Club' log book, which the captains signed, my BOAC badge, which is attached the log book and my BOAC tin sweet box. These souvenirs in my loft are physical signs that my sister and I used to do the journey to and from the Far East. But in those years that we ‘commuted’ to Singapore, my sister and I often travelled solo. At Bahrain airport, where we normally transitted,we used to leave each other letters behind the cardboard advert of a woman, in a bikini, advertising Kodak.
It's strange to think that Sue and I flew off in different directions to young lives that have surely shaped us. And perhaps, from now on, when we meet at the water cooler, we'll give each other a knowing look; knowing, in that Sue and I had some pretty life-changing experiences, courtesy of BOAC. 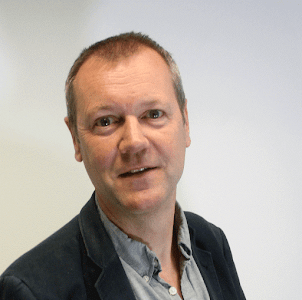